For 3 months we drifted across the heartland of Canada and down through the midwestern states of America. We visited many new places, ate some unusual and delicious foods and met some super friendly people. 2017 had been a great year for us.

It wasn’t until late December as we crossed the Arizona / California border that we began to realize the difficult times that lay ahead.

It is amazing how fast life can change and present unexpected challenges and life threatening situations.

For several important reasons we spent the next month and a half camped in my mom’s backyard dealing with life in a less carefree manner.

Instead of the normal Southern California winter where 2-4 inches of rain typically falls, it again had been an extremely hot year setting temperature records that created a tinderbox of dry in the southland.

At this time last winter, rains had turned the world green and supposedly ended the drought in California.  See our post “All It Takes Is Water” here.

But this winter even though it was now late December the fire season had just begun.

As we drove the last few hundred miles to the coast several large fires had already flared up and one was within sight of mom’s house causing understandable angst within the family.

Smoke filled the air and there was confusion regarding evacuations.

The Thomas fire came within a block of my brother’s wife’s sister’s home in Ventura. Needless to say this was a very tense time for everyone.

Christmas with my family was one of the few events in December that was joyful, fun and uneventful. Then we celebrated the New Year, big mistake.

In very early January as the Thomas and other fires raged on the flu season began. Most everyone in my family in Ventura County got some version of the flu.

It was like living in a convalescent home for more then 2 weeks.

Unfortunately mom also got the flu and at the age of 96 it went straight into pneumonia and she ended up in the hospital. When we arrived at the ER it was complete chaos.  Every bed was filled with flu victims, they eventually had to re-open a closed section of the hospital to accommodate everyone.

Mom waited over 12 hours before being moved out of the ER and into a room. This is where I most likely contacted the flu, walking past dozens of sick people waiting for treatment in the ER. 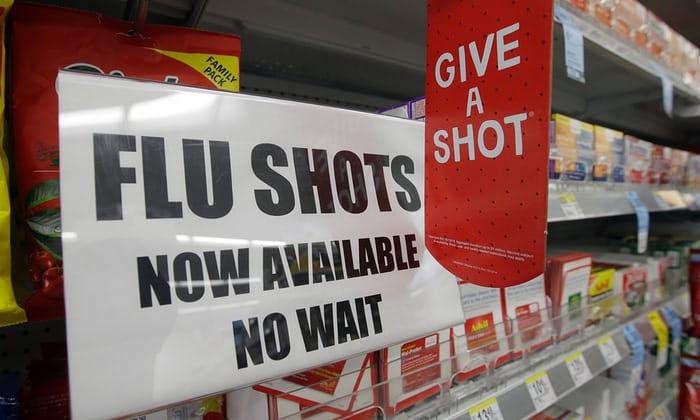 Mom is very strong and responded quickly to treatment. Unfortunately some people were not so lucky. Headlines from the Ventura County Star read: 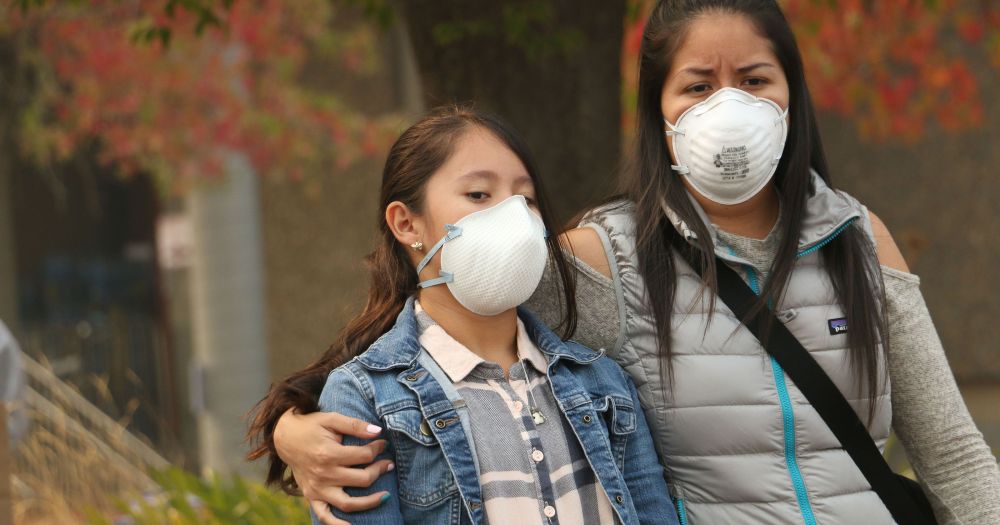 It was a very odd sight in the streets, some people were wearing face masks to prevent getting the flu and others wore them to keep smoke particles out of their lungs.

I had not been sick for at least 5 years, not even a slight cold, but I can tell you this strain of flu was exceptionally aggressive and hard hitting. Luckily we all survived, mom is recovering nicely.

Then on January 9th a short but very intense storm approached California from the Pacfic and hit the coast directly.  At the same time the Thomas fire continued to burn on the hillsides above Santa Barbara de-nudeing thousands of acres of all vegetation.

During a 24 hour period the storm dumped 4-5″ of rain on the now naked hills above Santa Barbara and other local communities.

In a short period of time water was cascading down the local canyons washing away homes and killing over 20 people. This was a very sad time.

This hard hitting storm closed many of our local roads including Hwy 101 now for the second time. Road closures caused massive traffic jams re-routing traffic hundreds of miles out of the way. What a mess.

Many people consider Alaska to be the land of weather extremes but in my opinion this past year in Southern California easily qualifies in that category and maybe even tops the list.

Then one evening in late January we were visiting with friends in the Zefyr when all of a sudden Tuks jumps into my lap crying in pain. After a short diagnosis we determine he is most likely bloating.

For those wondering what bloating is, it can happen to big dogs with deep chest cavities. Gases expand within the stomach cavity and can sometimes twist or rotate the stomach shutting off the blood supply and in many cases causing death.

We rushed him to a local 24 hour emergency vet and luckily his stomach had not twisted, but he was in pain. After much discussion and consultation we elected to have his stomach tacked or tied in place so to speak. This is a very common surgery in big dogs.

The surgeons and staff at the Veterinary Specialty and Emergency Center in Thousand Oaks were a fantastic team. The operation went smoothly and he is now already back to normal.

So that was our start to 2018, a completely unpredictable, unimaginable and unforgettable month and one we hope to not soon repeat.

Not much else to say except keep on trucking, stay active and stay young.

One final comment regarding 2017. We are very lucky people, we enjoy our health, have a supportive family and wonderful friends and live in a country that allows the lifestyle we choose…it just doesn’t get any better!

Slip in the ear buds, put on the headphones or crank up the stereo, but don’t miss our latest video “2017” a recap of all the fun we had with family and friends throughout this past year.