After several hours of driving west into a stiff head wind the dogs suddenly awoke as we decelerated down the freeway off ramp near Bowie AZ.

Looking over we saw the space we had just vacated in the long string of fast moving semis already filled with another truck…. like we weren’t even there………. It was good to be off the interstate.

Passing under the freeway we headed south into the open desert and immediately began to relax. We found ourselves alone on a narrow desert road, just the way we like it.

Next stop a rendezvous with friends at Indian Bread Rocks Recreation Area. 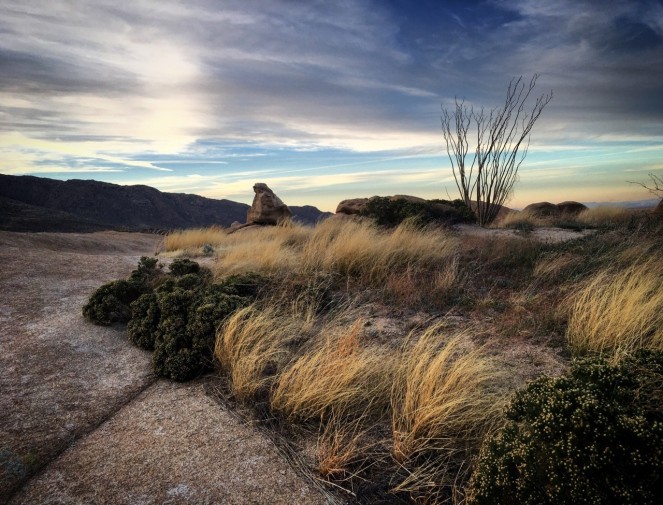 During the early 1800’s rendezvous were held in various locations where trappers and mountain men gathered to sell their furs and hides, replenished their supplies and celebrate. 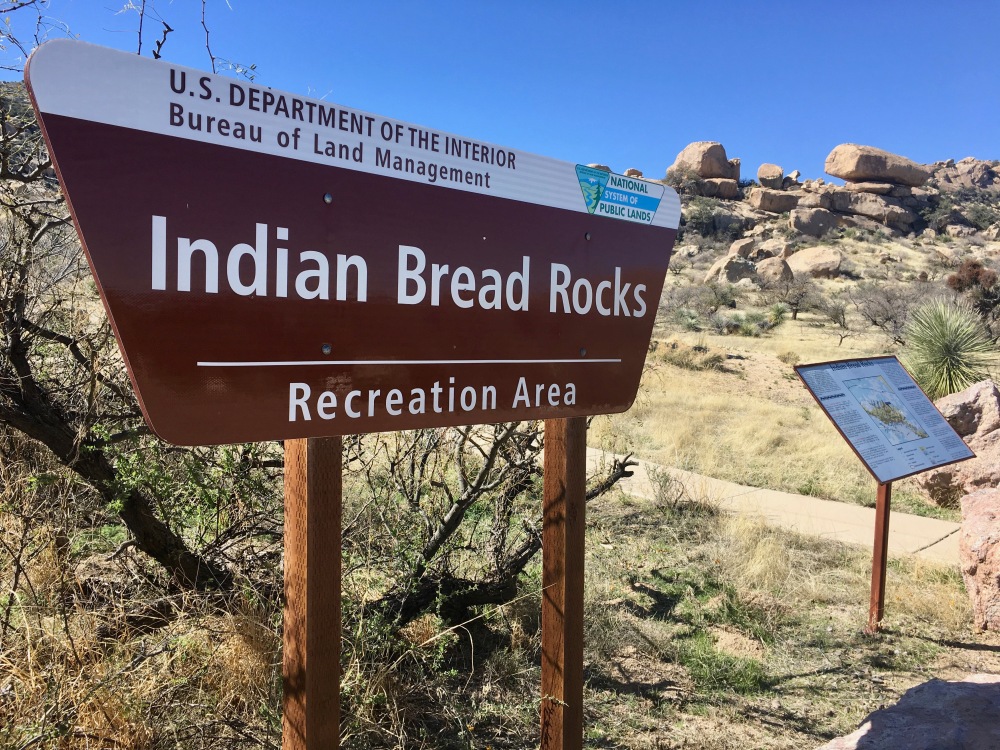 Rendezvous were known to be lively, joyous places, where all people were allowed including Indians and their families, freedom loving travelers and later even tourists who traveled as far as Europe to observe these festivities. 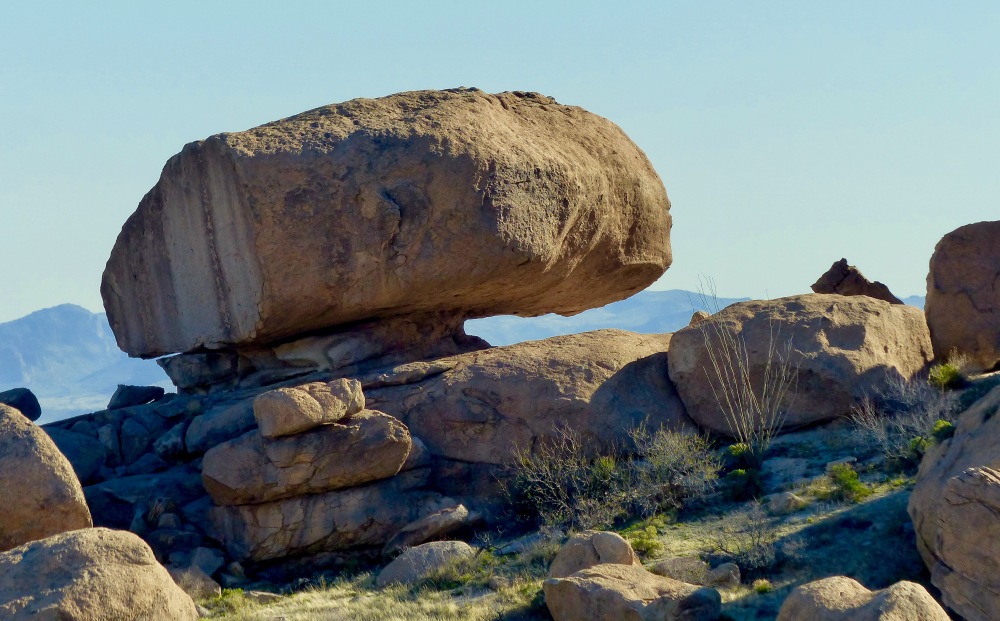 There is nothing more enjoyable than spending quality time with like minded friends especially when you are camped together for extended periods in the middle of nowhere. 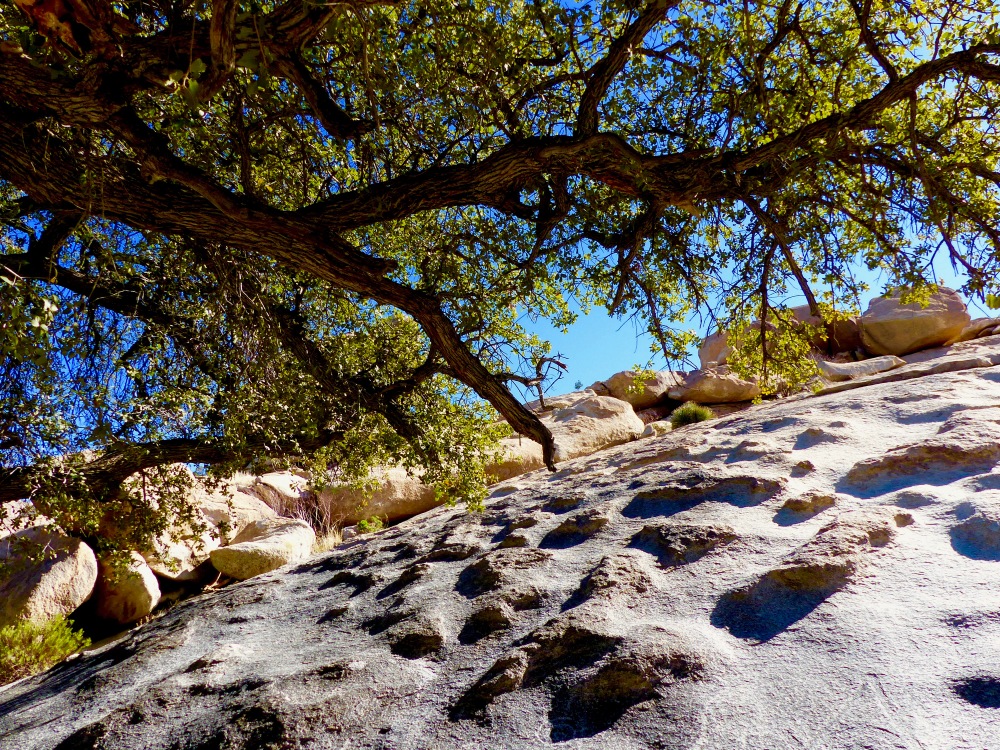 James Beckwourth, an American mountain man, fur trader and explorer, once described the rendezvous as a place of “Mirth, songs, dancing, shouting, trading, running, jumping, singing, racing, target-shooting, yarns, frolic, with all sorts of extravagances that white men or Indians could invent”. 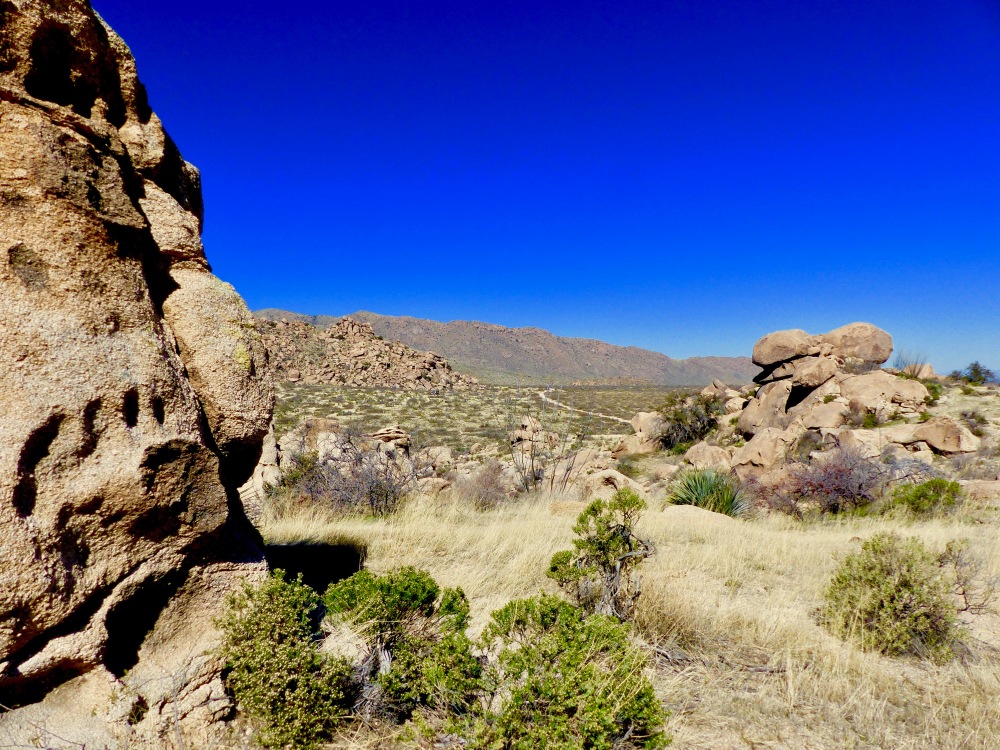 Our rendezvous intentions were to renew friendships, celebrate the freedom to wander in any direction we desired, appreciate this boon docking lifestyle we love so much and further fine tune daily life in our fully equipped state of the art RV.

Our good friends Micheal and Imkelina Blanic (Read Their Blog Here) whom we had briefly met last winter in Death Valley and later visited at their wonderful home in Cambria CA (remember here), had arrived ahead of us and found a great campsite on a hillside that overlooked the flat wide valley below. 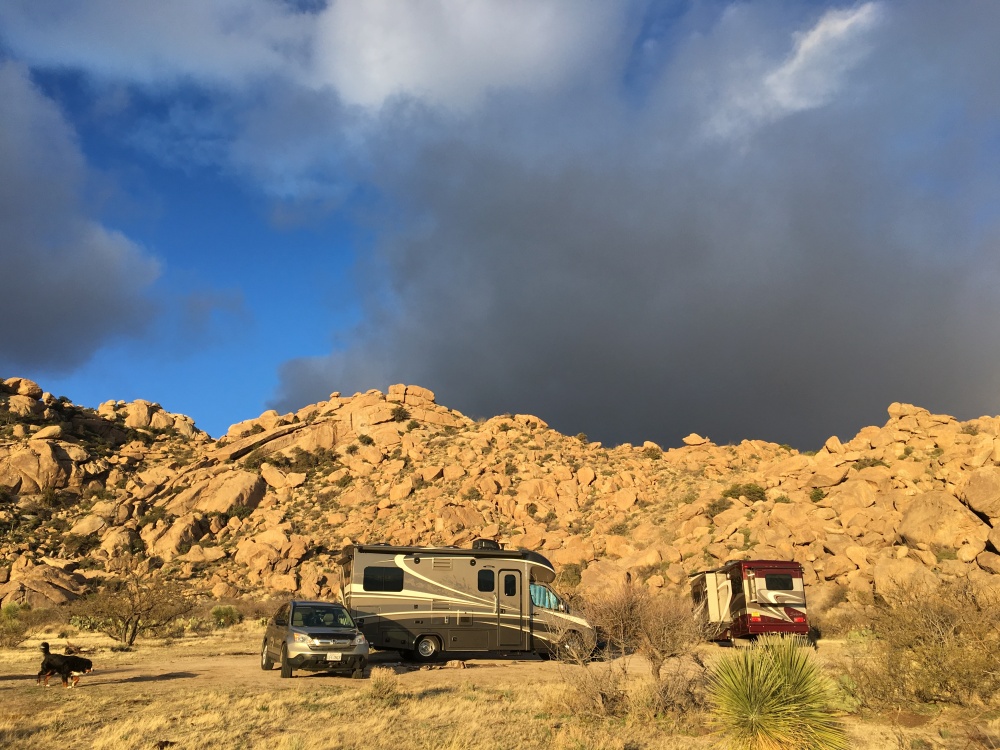 This being the 21st century our rendezvous goals were slightly different but yet similar to those of the 1800’s mountain men, we would skip the target shooting.

Our daily activities included hiking into the local boulder strewn hills (the rock is very similar to the boulders at Joshua Tree National Park), rock hounding, bird watching, cow chasing, the searing of fine cuts of meat, wine tastings, fire stoking and star gazing all while sharing stories of past adventures.

At times we were the only boondockers camped within these hills. 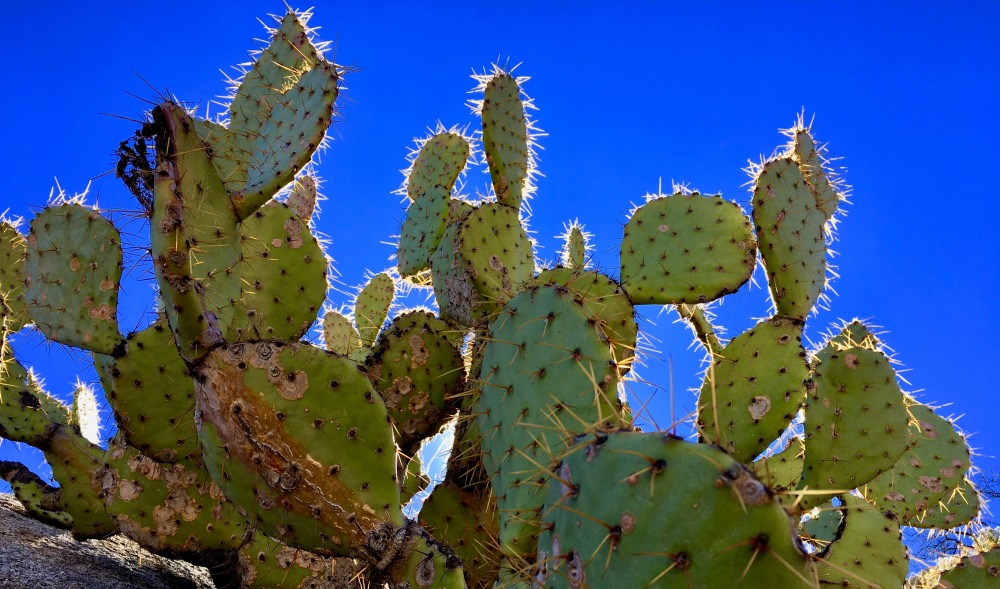 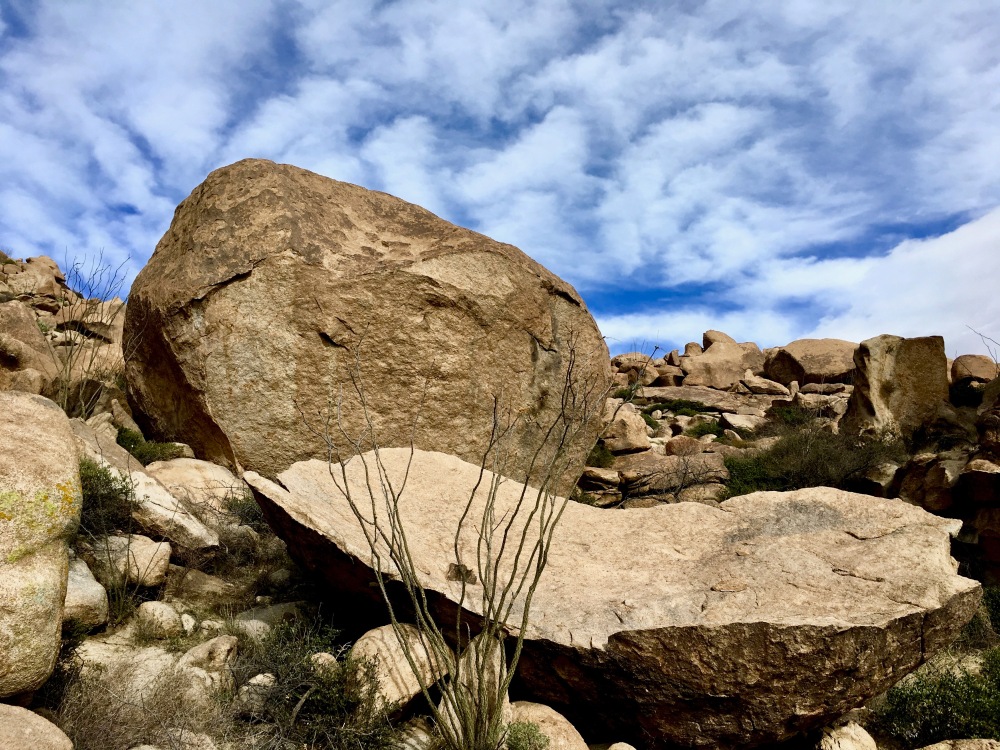 During the first few days of our meet up the weather was some what unsettled. We experienced driving rain and high winds one night with gusts to 55 mph.

Needles to say we forgot the fire pit that evening and moved inside to enjoy a sumptuous dinner under solar powered lights, listening to smooth jazz on the satellite radio while toasting ourselves with shots of Tin Cup. The next day brought rainbows!

Hanging with the Blanic’s made for some very enjoyable boon docking. Micheal and Imkelina are generous, easy going Californians that understand the importance of treading lightly on the land and have that desire to get away from humanity.

They are avid travelers having been on many excellent adventures in their past. Micheal loves to sear meats and is a very accomplished grill master. Imkelina is an astute story teller and takes wonderful photos. 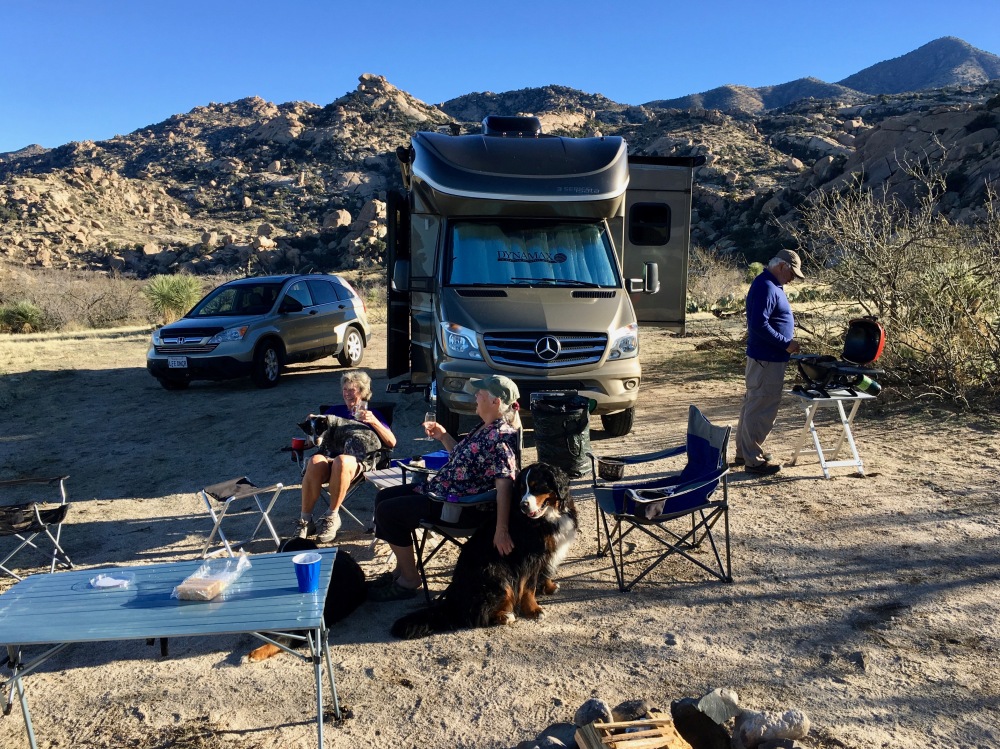 At times it was hard not to discuss this country’s current political situation but it was nothing that wandering through the rocks or pulling the cork on a bottle of aged Texas Cabernet Sauvignon couldn’t fix.

We spent several days eating and drinking like kings, exploring the countryside and enjoying each other’s company. Eventually the Blanic’s needed to head towards home and our rendezvous came to an end. A very good time was had by all.

I am sure there will be more gatherings in our future with these fine folks.

Denise and I fell in love with this area and ended up spending several more days relaxing before traveling further west to another meet-up with more good friends. 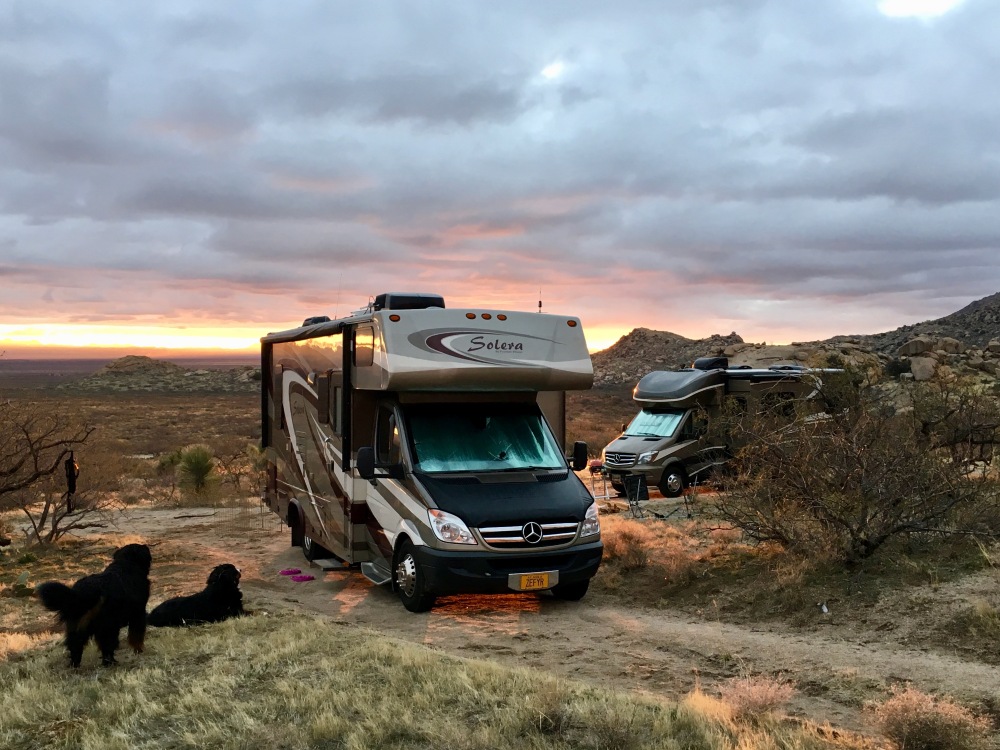 We plan to return to this neck of the woods sooner then later.

Slip-in the ear pods or slip-on the headphones, warm up the Apple TV, crank up the stereo and enjoy!

Next we are off to meet the Motsko’s for a California road trip……keep you posted!