We had traveled east for days across the arid deserts of California, Arizona, New Mexico and western Texas doing our best to stay just ahead of distant rain squalls, thankfully only experiencing them in our rear view mirrors.

Our primary mission – to escape the waves of flash flood producing storms drenching the western states by driving to Texas and exploring its hill country.

We also intended to find and eat some traditional Texas style BBQ and immerse ourselves in the local music scene of its Hill Country. 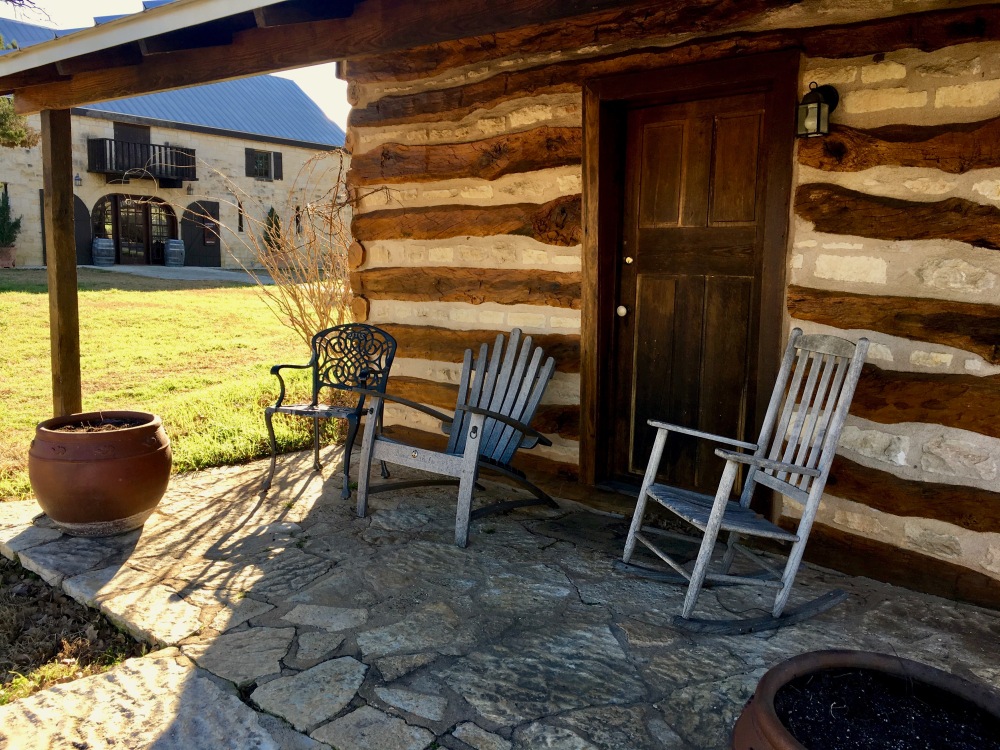 Finally arriving in the German settlement of Fredericksburg, we realized our goals had been achieved, we were just a few miles from a Texas institution, Luckenbach, and it was +79 degrees.

We had long awaited to return to the Texas Hill Country after briefly visiting in 1994 as we returned home from a three month driving trip to Guatemala in a $600, 1981 turbo diesel Peugeot.  The story of that adventure is for another post. 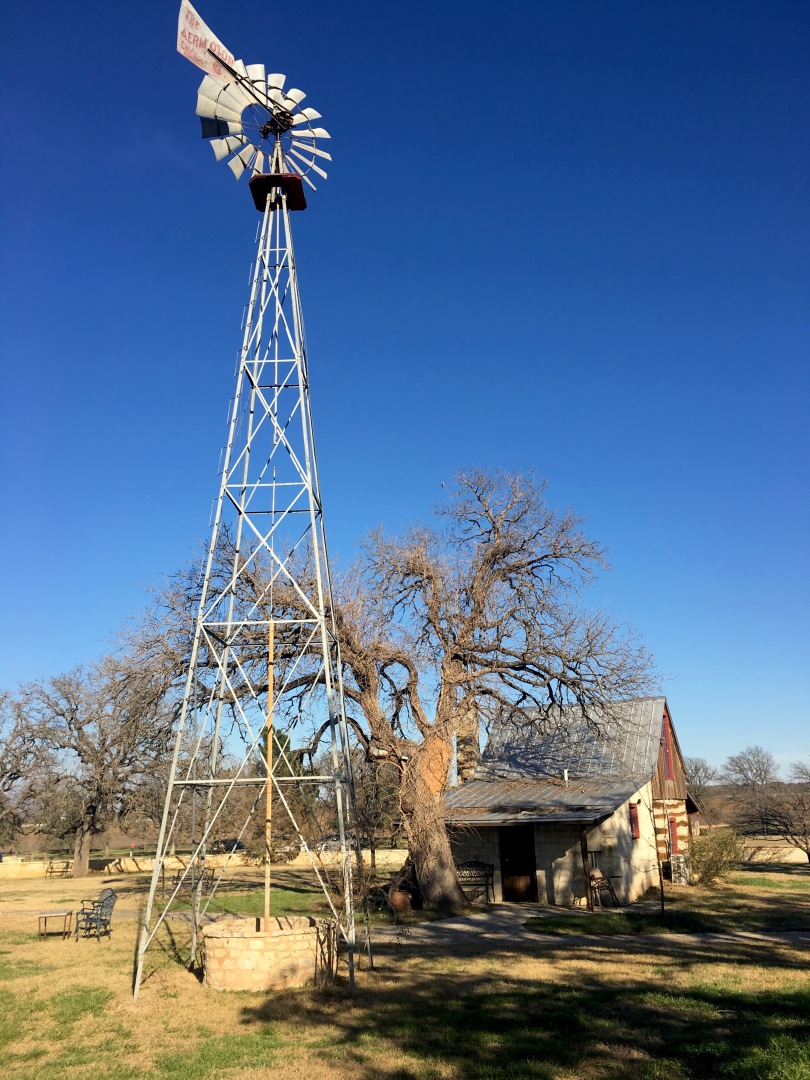 Our ultimate destination was the 10th annual Luckenbach Blues festival.  Luckenbach is located just 14 miles outside the historic town of Fredricksburg and is just over 9.5 acres in size.

It is situated along the banks of the slow moving South Grape Creek (a tributary of the Pedernales River) and Snail Creek.

In 1886 Luckenbach was first established as a community trading post, one of a few that never broke a peace treaty with the Comanche Indians, with whom they traded.

Citizens of the town claim a resident (Jacob Brodbeck) launched the first airplane years before the Wright Brothers.

One of its two main buildings houses the remnants of a post office, a working saloon and a general store. The other is the dance hall.  The post office was closed in 1971.

A 1970 newspaper advertisement offering “town pop. 3 for sale” led Hondo Crouch, a local rancher, to buy Luckenbach for $30,000.  Crouch used the town’s rights as a municipality to govern the dance hall as he saw fit.

Luckenbach’s association with outlaw country music began in the summer of 1973 when Jerry Jeff Walker, backed by the Lost Gonzo Band, recorded the live album Viva Terlingua at the Luckenbach dance hall.

In 1977, after Crouch’s death, Waylon Jennings and Willie Nelson vaulted Luckenbach into the national spotlight with the #1 country and #25 Pop charting song “Luckenbach Texas (Back to the Basics of Love)”.

We were able to camp on a hill just above Luckenbach dance hall.  Parked among the oaks, it was a great spot to sit and listen to the music or wander down the hill to enjoy the lively dance hall.

Our close camp also made it easy to partake in local libations and not have to drive. Luckenbach has live music in its bar and dance hall seven days a week.

We spent three days listening to some fantastic Blues, Blues Rock, American folk, Country and guitar picking.  What really made this event special were the great people.

We seemed to be the only travelers there and we were treated like family. Everyone was extremely friendly and accommodating.

During the day we loaded the pups into the Cabose and wandered the local back roads.  There are hundreds of miles of two lane roads running throughout the Hill Country.

FM (farm to market) roads were built criss-crossing the countryside to enable farmers to bring their goods to local markets.

We visited the small town of Sisterdale and its very cool historic 1800’s Dance Hall  where dozens of weddings are held every season.  What a cool place.

There are hundreds of Wineries throughout the hills due to its perfect climate for growing the grape.  One of our favorites was the Historic Becker Winery located off the beaten path surrounded by oaks and vines.

Theres nothing like sitting on the veranda and sipping a great Cabernet.

Fredricksburg is an historic 1850’s German frontier town with many unique shops and eateries.  The museums are worth checking out.  This is a major tourist destination and weekends tend to be very busy.

Just down the road from Luckenbuch is the Texas White House where LBJ was born, governed the country from and eventually died.  The ranch is now a National Historic Park and is well worth visiting.

The Texas Hill Country and Luckenbach is home to many unique and beautiful locations and is well worth the long drive from the west coast. We certainly plan on returning for the food, the music and especially the people. 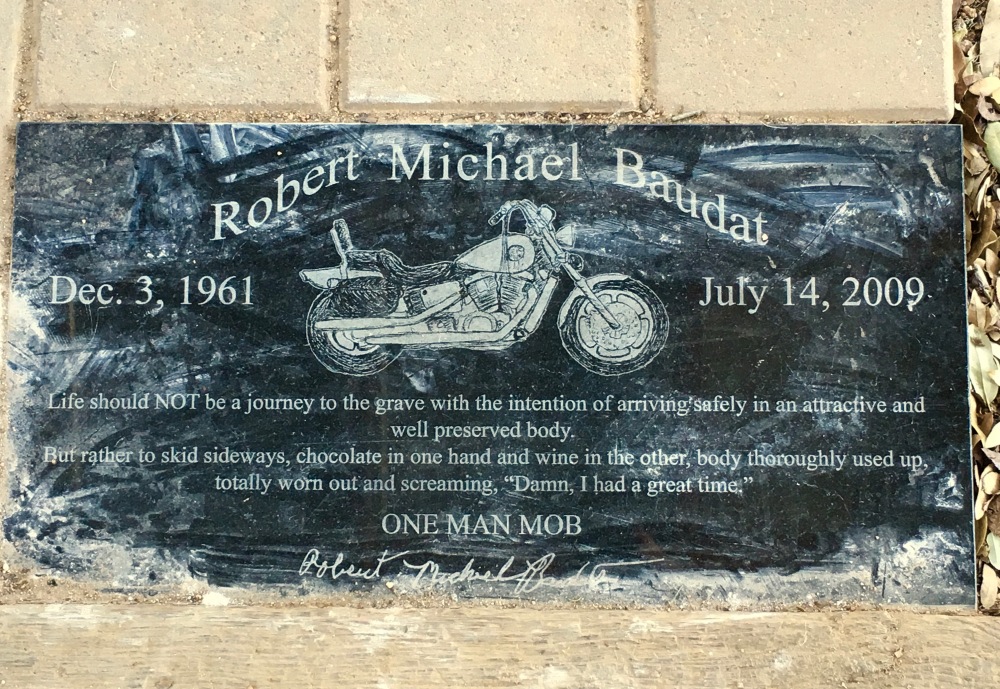 18 thoughts on ““Back to the Basics” Luckenbach Texas”