As we sit around the campfire basking in the light of the full moon we stare into the distance and watch the seemingly never ending river of lights that is Interstate 10.  We are alone in the desert again.

We have been camped at this site for two weeks now…. basically in the middle of nowhere.

It is great to be back at one of our favorite boondocks.  As the northern half of the country suffers through severe winter conditions, we are experiencing mid 70’s during the day and mid 40’s at night… perfect.  It can reach 120 in the shade during the summer months here.

Our closest neighbor is over a mile away and there has been very little traffic on the gravel road that passes to the south of us.

Our view includes the Orocopia mountains to the south and Joshua Tree NP to the north.  We are situated in a pass called Chiriaco Summit.  To get to our spot we have to drive about 3 miles of gravel road from the Chiriaco Summit exit.

Between 1862 and 1877, the Bradshaw Trail was the main stagecoach and wagon route through this pass between Southern California and western Arizona.  In 1933, the historic and now extinct Hwy 60 crossed Shaver Pass (Chiriaco Summit) which Interstate 10 currently follows.

In 1933, Joe Chiriaco established a gas station and store on the summit of this pass and opened it the day Highway 60 was paved.

There are several interesting features that make this area worth exploring.  One is the amazing engineering feat called the Colorado River Aqueduct and the other is the WWII tank training base, Camp Young.

By the mid 1920’s it was already obvious that Los Angles would need more water.  Between 1931 and 1939 construction of the aqueduct took place across some of the most desolate, arid and remote landscape on earth. 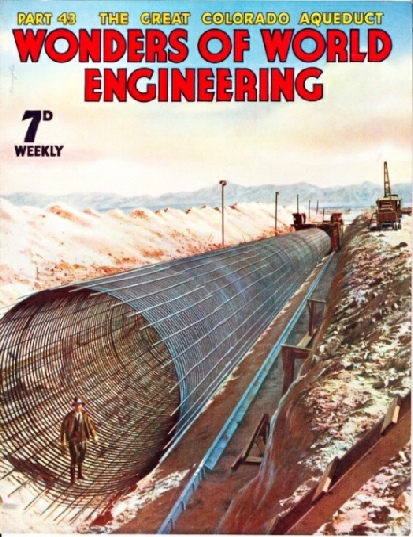 The aqueduct system consists of two reservoirs, five pumping stations, 62 mi of canals, 92 mi of tunnels, and 84 mi of buried conduit and siphons.  Average annual flow is 1,200,000 acre ft. or a BILLION gallons a day!

What is amazing to me is that all this work was accomplished long before any of today’s sophisticated heavy equipment or high tech engineering existed, simply amazing!

This aqueduct allowed southern California to become what it is today.

In 1944, General George Patton arrived in the area to oversee construction of Camp Young.

It was just one of several camps located in Arizona, Nevada and California where Patton trained thousands of US Army soldiers to fight with tanks in preparation for war in the North African desert during WWII.

Today as one hikes across country below our camp you can still find the rocks that outlined the city where 15,000 troops once trained and were housed.

Some say WWII was won here at Chiriaco because our troops were pre-conditioned to the extremes of North Africa before they arrived.

Camp Young is long gone but a great museum located at Chiriaco Summit highlights the importance of both Camp Young and General Patton.  It also house’s the “big map” used during the construction of the Colorado Aqueduct.

The local peaks and canyons are meant to be explored.  There is a reason Joshua Tree NP was created, it protects some of California’s best desert ecosystems.  Although a very extreme environment it contains  outstanding flora, fauna and topography. 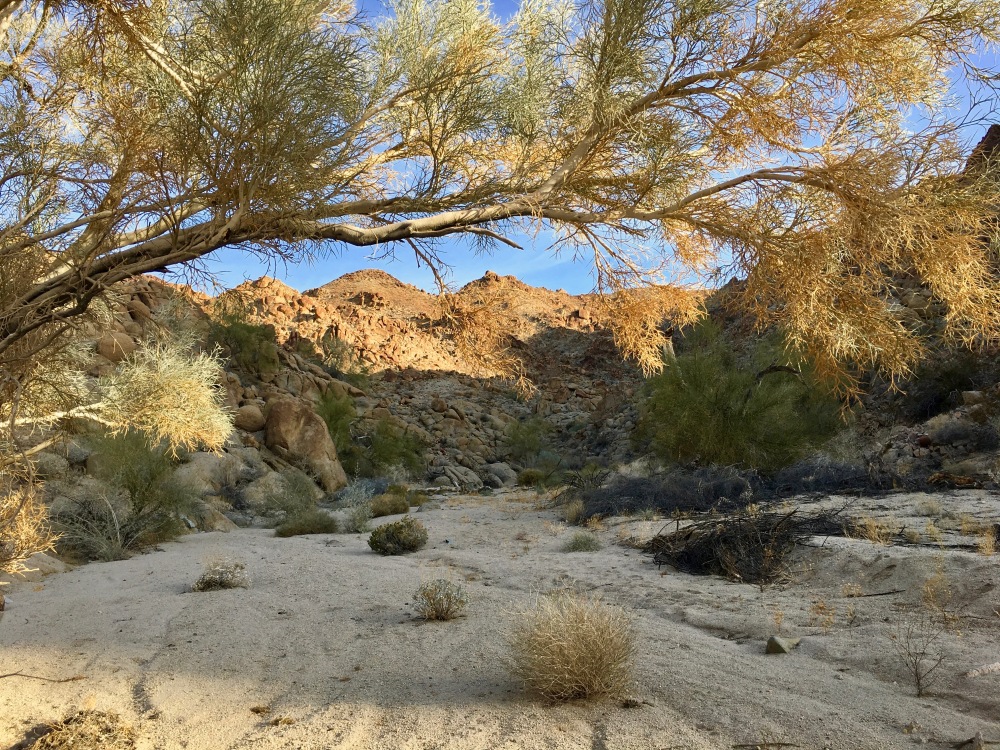 It is big dog heaven here as most of the time they get to run free though when in camp they typically just lay in the shade.

We begin our day with an early morning hike to beat the mid day heat and catch the morning low light.  The local canyons provide a never ending variety of cholla, ocotillo, barrel and beaver tail cactus while one hops from boulder to boulder.

Then it is back to camp for a mid day siesta.  As the sun gets lower in the afternoon sky, we head out for another walk wandering along the many gravel roads crossing the area.

About 5:30 it is time to light the fire and pull the cork on a bottle of red supplemented with some outstanding hard cheeses and gourmet crackers.  Dinner goes on the grill next as the sun drops below the horizon and the solar powered party lights come on.

After dark our eyes look to the sky as we ponder the universe while using iPhone apps to identify distant constellations.

Later a game of scrabble before bed.

It just doesn’t get any better…

This lifestyle suits us just fine.  When we are stuck in traffic or in a long line at the grocery store all we have to do is dream about living in the remote desert and all is well.

Nest stop, back to Thousand Oaks California for Christmas

Happy Holidays to all our friends and followers and we wish you the best for a Happy New Year!