As the big dogs disappeared into the deep grass it was obvious just how much they enjoyed chasing each other through the lush green field.

The only way we could see where they were was when the tips of their tails occasionally bobbed along the top of grass, it was good to back in a land of green.

While hiking through the oak and chaparral filled canyons of Southern California’s Santa Monica Mts it was hard to believe the changes that had taken place since we had last been there just two months ago. 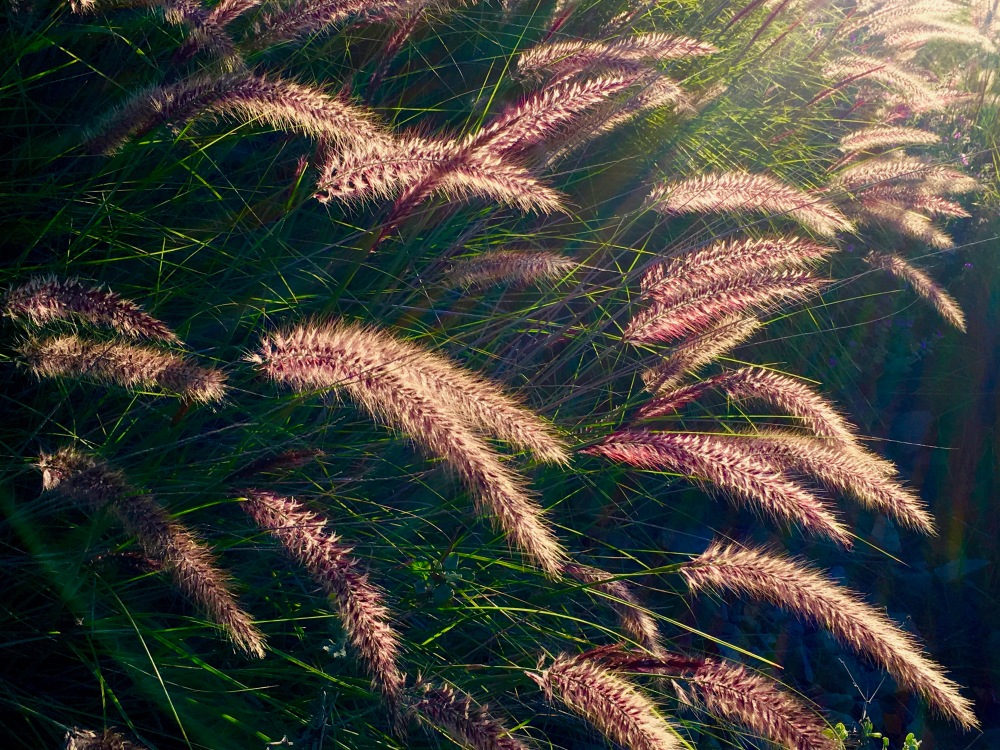 The prolonged drought that had been affecting the western states for years had devastated vegetation everywhere. Now it all looked very different.

The winter of 2016/17 changed life in the Southwest in many ways.

For the past 6+ years the west had endured such a severe dry spell that crops began to wither, produce prices rose, lakes dried up, local residents traded in their lawns for cacti and rocks and washing your car could come with a fine.

Now reservoirs had refilled, dying forests had a chance to recover, people were back to watering their lawns again and the deserts had been transformed into a paradise of lush foliage.

In November and December we were staying at my mom’s house in Thousand Oaks California.

The long range forecasts were predicting waves of storms to pound the western states for the foreseeable future.

We began to realize this was not the optimum place for to us to be for the next few months.

We considered heading for the deserts of Arizona and New Mexico but the approaching storms were predicted to reach that far inland.

Having experienced heavy rain in the Sonoran deserts before we were not excited about the potential for flash flooding while boon docking.

“Atmospheric Rivers to Bring a Mess of Snow, Ice, Flooding Rain to the West”

“Rivers in the sky causing widespread chaos in California”

“California’s Snowpack, Could Be One of Deepest Recorded in State History”

One of the things we love about living on wheels is that it allows us to easily follow the weather that keeps us warm and dry.

Our objective is to monitor and track the perfect “72 and Sunny” forecast.

Forecasters were predicting more extreme wet weather for the entire west coast through January and February.

It was then an easy decision to speed east until we found more moderate conditions. 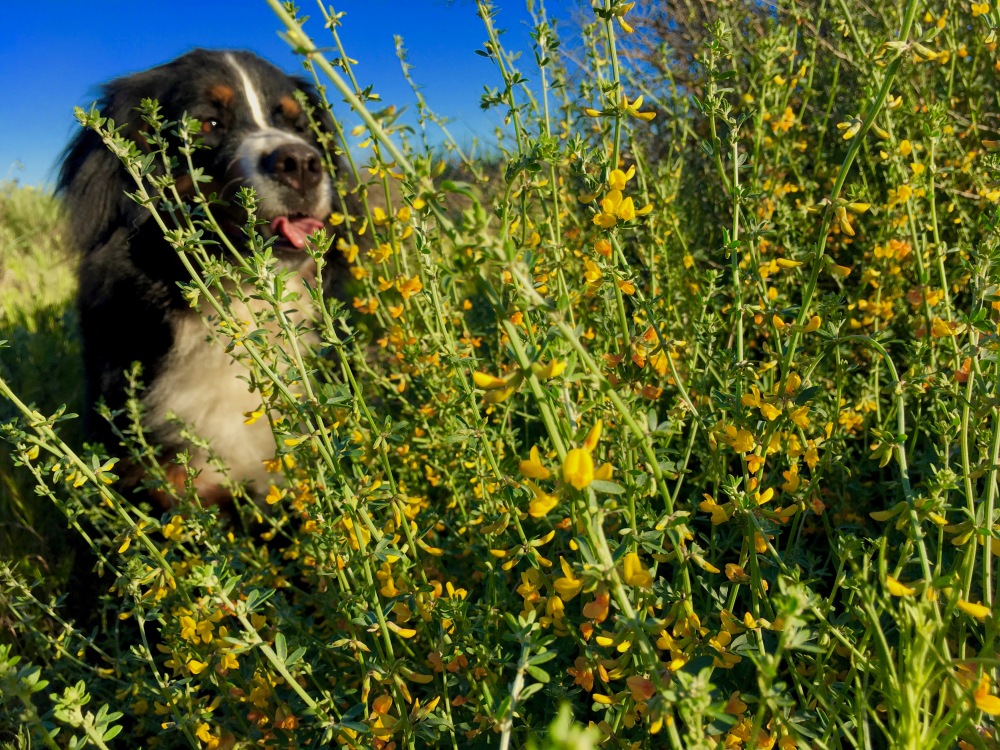 For several days we were eastbound with dark clouds looming in our rear view mirrors.

It wasn’t until we reached central Texas that we finally found what we were looking for.

It turned out the Texas Hill Country was just far enough from the west coast and the gulf coast to provide perfect conditions. 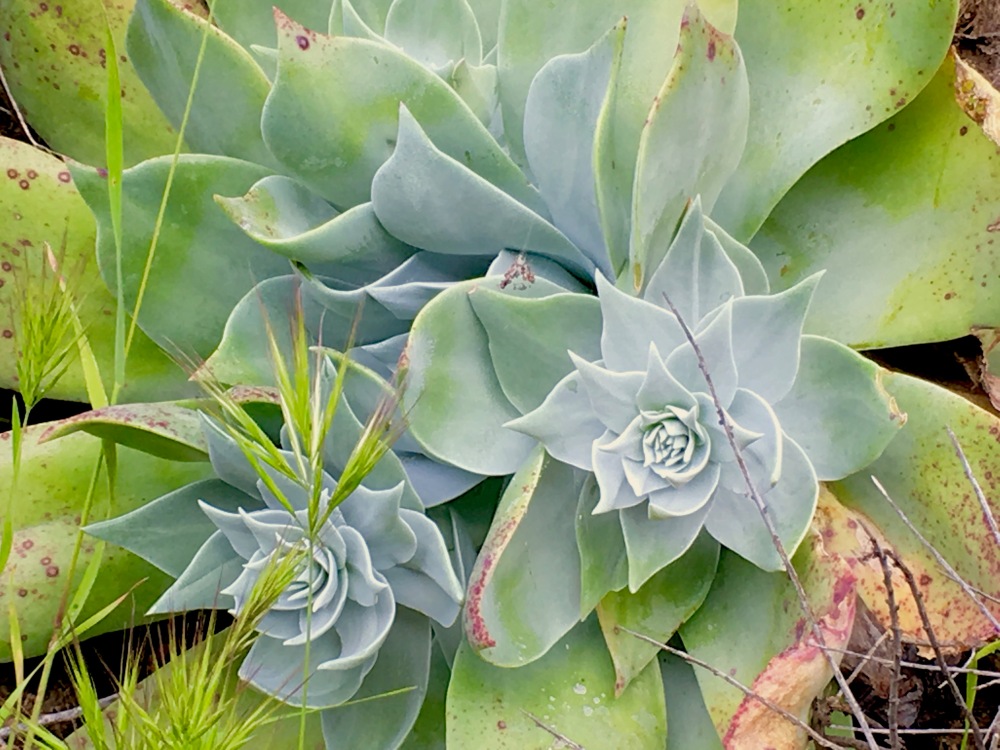 Once there we slowed our pace and spent two glorious months wandering around Texas enjoying its great weather and the friendly locals before heading back to the west coast.

Remember our adventures in Texas at the links below:

But what we found when we returned to the western deserts was nothing short of  amazing.

After the non-stop waves of rain subsided the parched deserts had been transformed into a colorful paradise of lush growth.

We began to notice the change as we entered New Mexico and Arizona. Along the interstates the once brown and barren hillsides were now green and ablaze with purple, yellow and red flowers.

There was new growth everywhere.

Trees that were near dead were once again leafing out and even the cacti were plump and full of water.  There were vibrant colors as far as one could see.

Thousands of people traveled to these parks on the weekends to witness this rarely seen spectacle.

The California Poppy Preserves were the most vibrant we had ever seen. There were long lines of cars plying the back roads on the weekends.

Trees and shrubs that had not bloomed in years were alive and proliferous.

Even the lower elevations of the High Sierra were coming alive with spring flowers.

The epic winter that had set so many new precipitation records had completely energized and changed the desert into a fantastic display of color and growth.

But more importantly it had ended the many years of severe drought… for the time being.

In the end we may have been forced to drive long distances to find a more temperate climate but this enabled us to discover new places, meet new people and partake in Texas barbecue.

We will never forget last winters explosion of color, fields of green and the perfumed aromas of blooming flowers and …. all it took was water.

Slip in the ear buds and enjoy the soundtrack

Stay tuned for the next Gone With The Dogs adventure!

12 thoughts on “All It Took Was Water”