There are places in this world that have that certain charm or ambiance, they are different for a reason.

Ajo Arizona is one of those places. Ajo meaning garlic in Spanish or red paint in the native language, is situated about 40 miles north of the Mexico border and about 115 south of Phoenix in the Northern Sonoran desert. It is located along the gringo trail to Rocky Point Mexico.

In the mid 1800’s copper deposits were discovered and the rest is history. A mining town slowly grew up around the original claim and eventually was fully developed by the Phelps Dodge company.

Under the direction of the powerful and influential John Greenway the town soon included a school, hospital, a beautiful town square, homes for the miners and a railroad to Gila Bend.

Suddenly copper values dropped and with the great Arizona mine strike of the mid 1980’s the open pit was abandoned. Ajo is now mostly inhabited by retired folks, snow birds and border patrol agents.

Because its streets, homes and buildings were originally laid out to be functionally close to the mine operations, today it makes for a very convenient, congenial and tight knit little hamlet.

In the 1990’s we passed through Ajo and briefly wandered around its streets. It peaked our interest but only briefly.

After many years we have returned to visit our Alaskan friends Jan and Rick who are in the process of restoring one of the old mine homes. We were lucky to arrive just in time to help with construction of a new carport to store their camper under.

It took us about a week to complete the structure. During this period the day time temps were climbing into the mid 80’s so we worked in the early mornings and late evenings and took a mid day siesta to beat the heat.

Construction went smoothly as Jan and Denise kept the construction crew well fed and hydrated. Rick has a substantial set of tools and we lacked nothing during the project. The pups spent a good part of their time laying in the shade and barking at the neighbors.

Jan and Rick introduced us to many full time and seasonal Alaskans, Canadians and Europeans living in Ajo. We met some very nice folks living in some nicely maintained and landscaped mine homes. 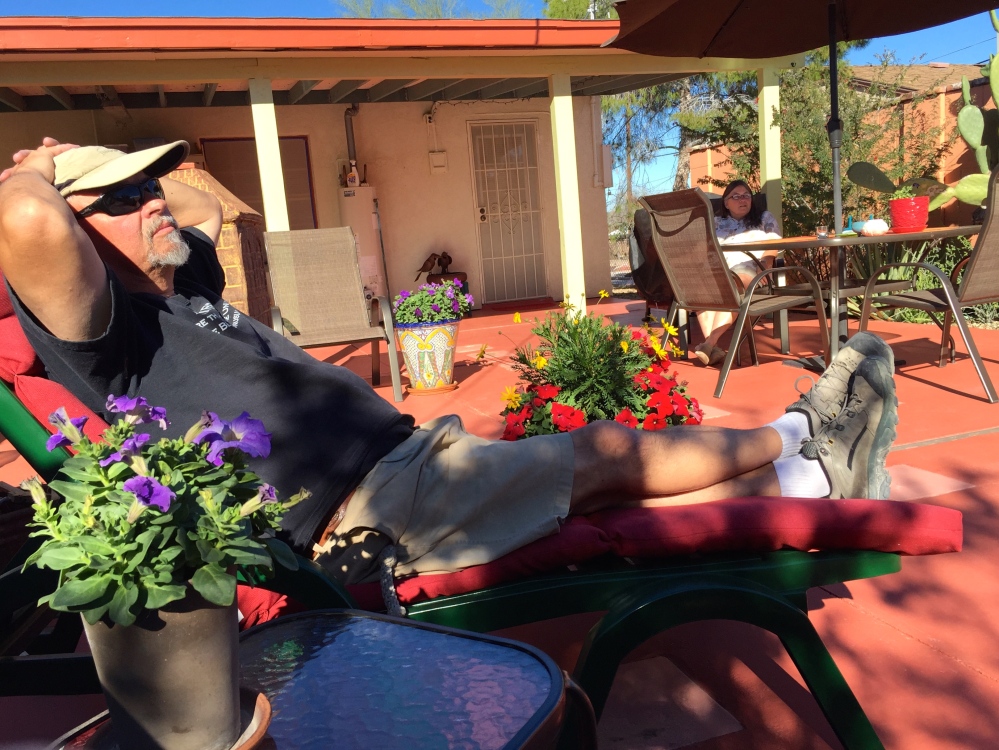 Ajo today is on the edge….of a very large hole. The remaining open pit is part Ajo’s living history and it is rumored that there is still as much copper left in the ground today than was ever taken out in its past. 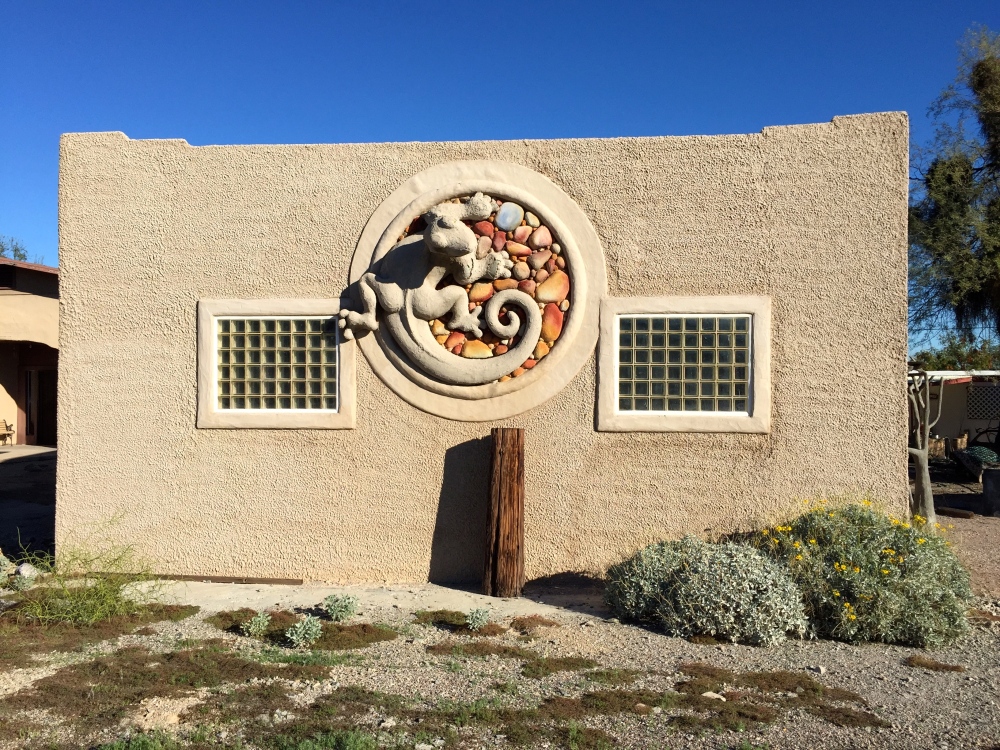 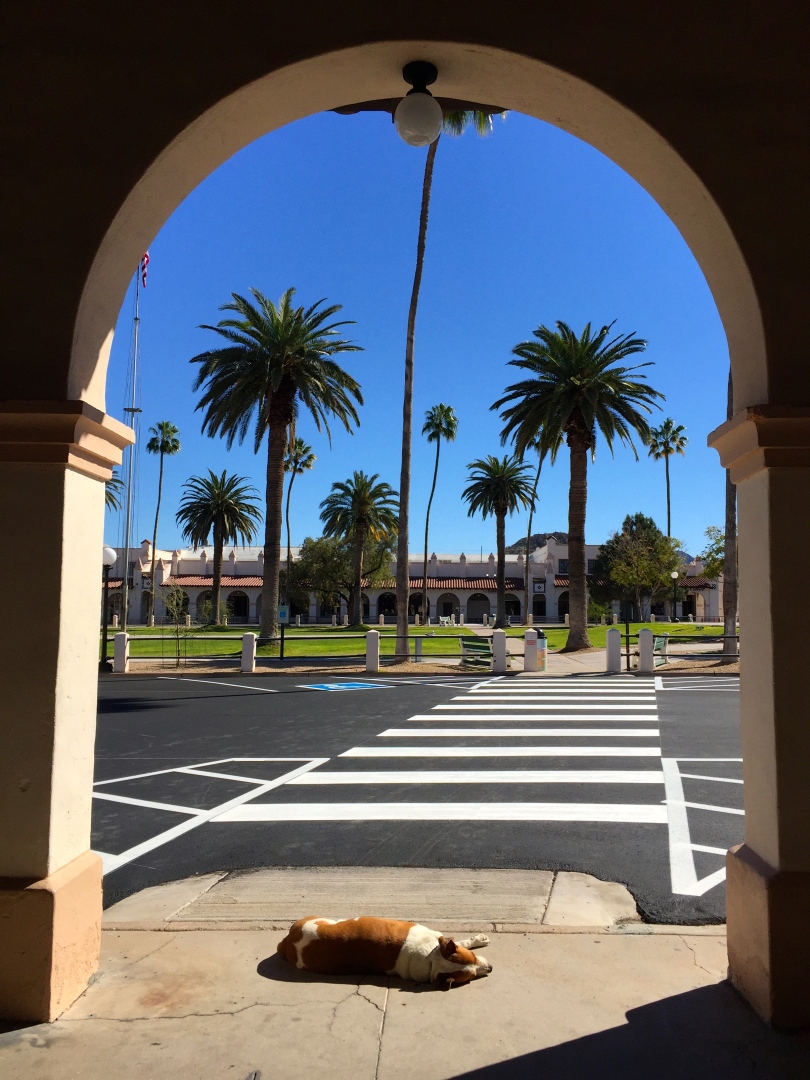 Its mining days now gone Ajo has become a center for art, a wintering ground for snow birds, retired baby boomers and for folks that just want to live somewhere different.

Ajo’s rich history certainly adds to its character but todays residents bring their own flair, flavor and and a warm sense of community.

We certainly enjoyed our stay and something tells me that Ajo is somehow in our future.

Thanks Rick and Jan for the warm hospitality and  introducing us to your town….its a very special place.

On to Organ Pipe Cactus National Monument, keep you posted……….

4 thoughts on “It Was Always Ajo”