Rain clouds were forming as we hiked up a 2′ wide canyon with 300′ walls on either side consisting of soft mud, we were deep inside flash flood country.

If it started to rain hard we would have to run to stay ahead of a wall of water…. a flash flood.  But the pups were having a great time so we continued on. 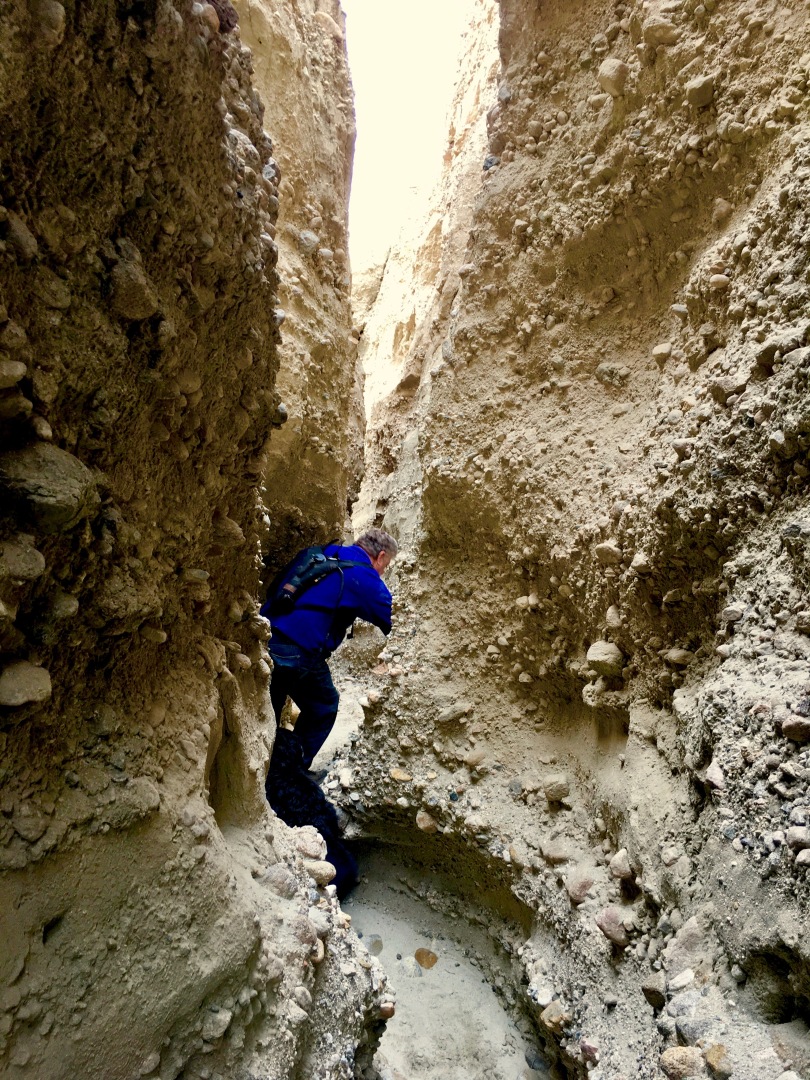 This post finds us exploring the highly eroded range of mountains called the Mecca Hills Wilderness just north of the Salton Sea and east of the Coachella Valley near the town of Mecca California.

It has taken thousands of years of rain storms and flash floods to form these deeply eroded canyons, this is one of the most eroded landscapes within California deserts.

We were not interested in experiencing a flood first hand so we eventually retreated but returned when the weather improved. 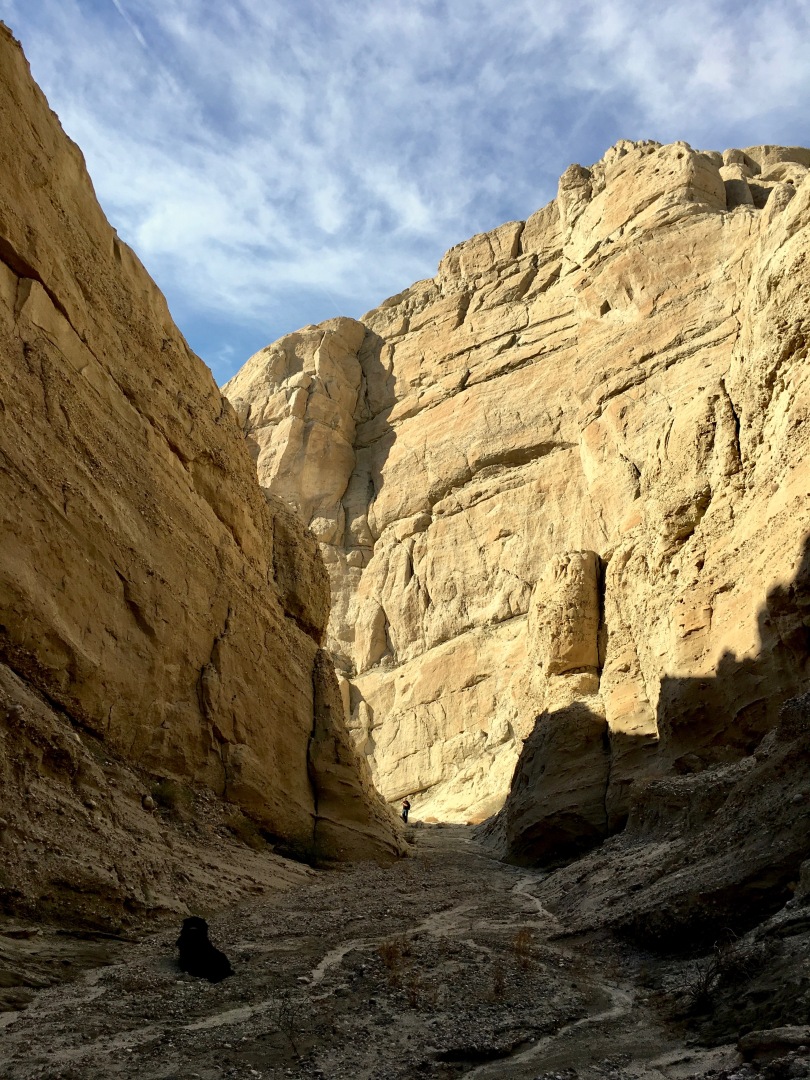 In the 1930’s Box Canyon Road (old State Highway 60) was one of the main access roads into Los Angeles from the east.  With the construction of the Interstate 10 bypass it is now just a backroad but remains the primary access into the Mecca Hills.

Box Canyon Road is constructed in the bottom of a major drainage and often closes due to mud and debris flow during the winter wet season.

I can’t imagine what early westbound travelers thought as they entered these rugged hills for the first time, most likely it produced a fair amount of angst.

These uniquely eroded formations are the result of major movements along the San Andreas Fault making the Mecca Hills one of the more unusual geological sites of its kind.

The narrow steep-walled canyons wind in every direction creating natural mazes.  Colorful Painted Canyon runs in a general north-south path basically cutting through the middle of the Wilderness. 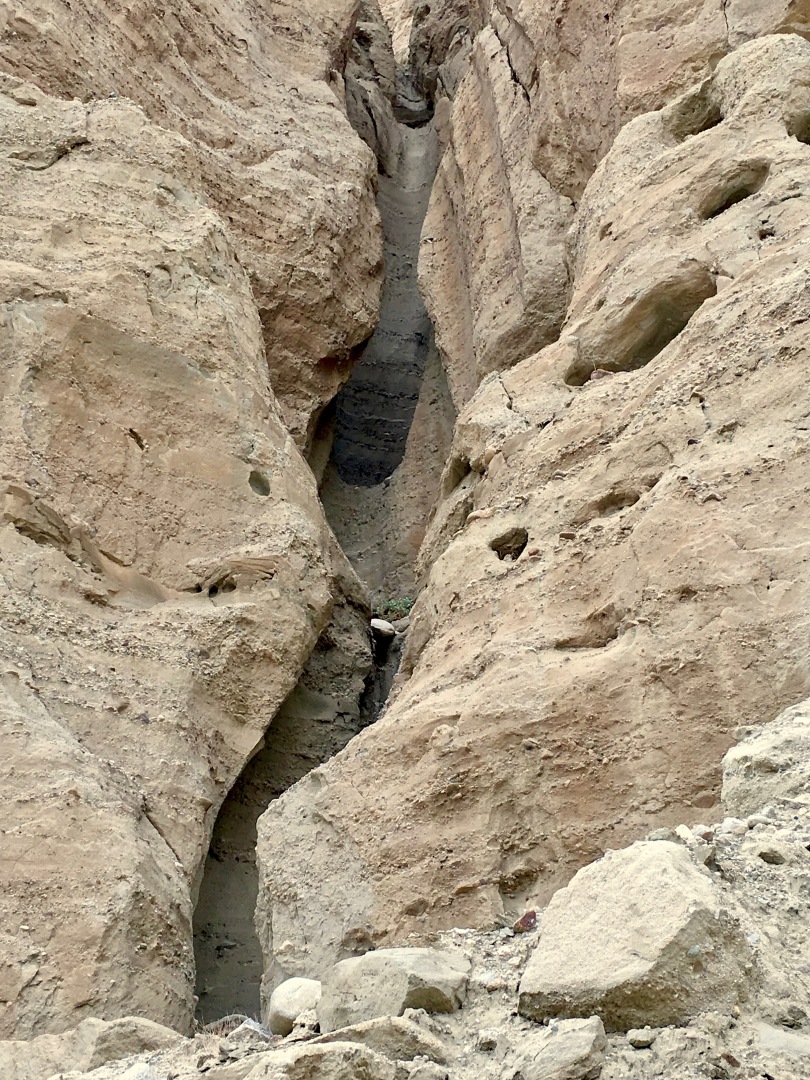 Painted Canyon or ladder canyon as we called it back in the 1980’s, is a moderate day hike following a beautiful narrow red canyon.

One must be capable/willing to climb several 15′ tall ladders set up at numerous vertical waterfalls to be able the reach the upper canyons.  It is worth the effort.

But a decision must be made to hike the 5 mile round trip otherwise one must climb back down the ladders which for some folks can be harder then climbing up.

Today the old wooden ladders have been replaced with modern steel versions making for a safer climb.

Unfortunately Painted Canyon has become a very popular tourist destination with regularly scheduled guided tours, we did not explore Painted Canyon on this visit. 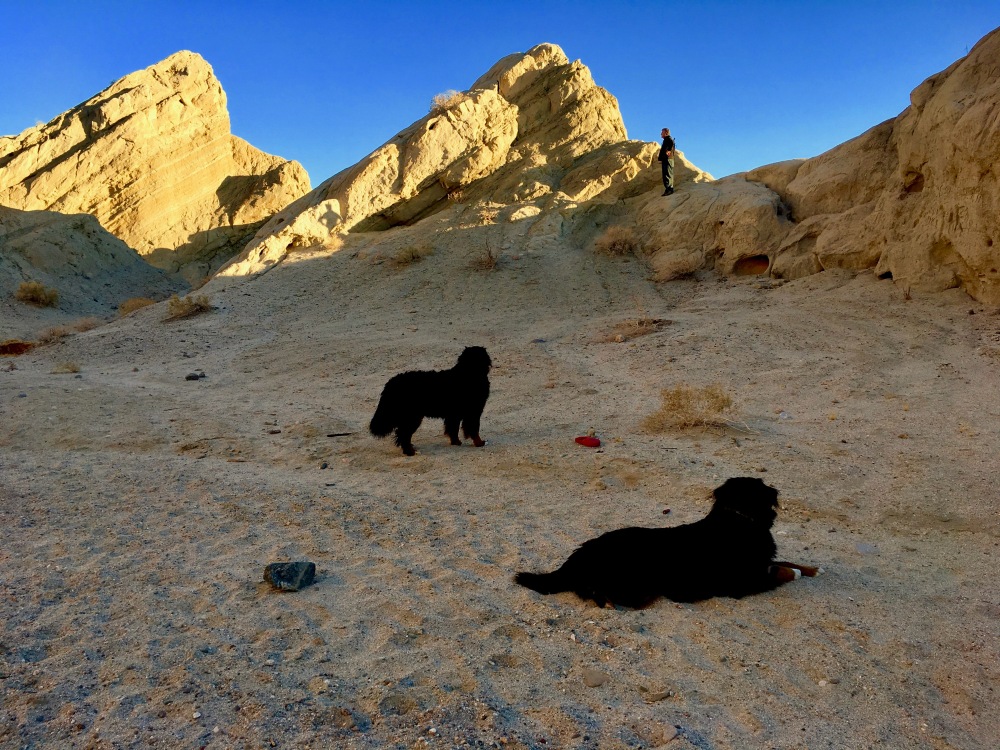 There are other extended hikes into the area where you’ll find Sheep Hole Oasis and Hidden Springs Canyon (both reliable sources for water) where you may see bighorn sheep.  There are also caves, known locally as grottos.

Sadly the non-Wilderness corridor along Box Canyon Road has become very popular with target shooters and parking areas are littered with shell casings and shattered targets.

The major canyon entrances are blocked off with large boulders to stop off-road travel into the wilderness.

Fortunately as one heads up the canyons human litter slowly disappears.

During our stay in the area we set up base camp at Mecca Beach Campground at Salton Sea State Recreation Area just 10 miles away.

This is where we were lucky enough to get to know the camp host and visitor center volunteer Beverly Robbins.  She is an exuberant 83 years young and is full of energy with a wealth of local knowledge and expertise.

We invited her to hike with us through the mazes and she gladly accepted, easily setting the pace deep into the slots all the while keeping up a running commentary about the local flora and fauna, she was great fun to be around. 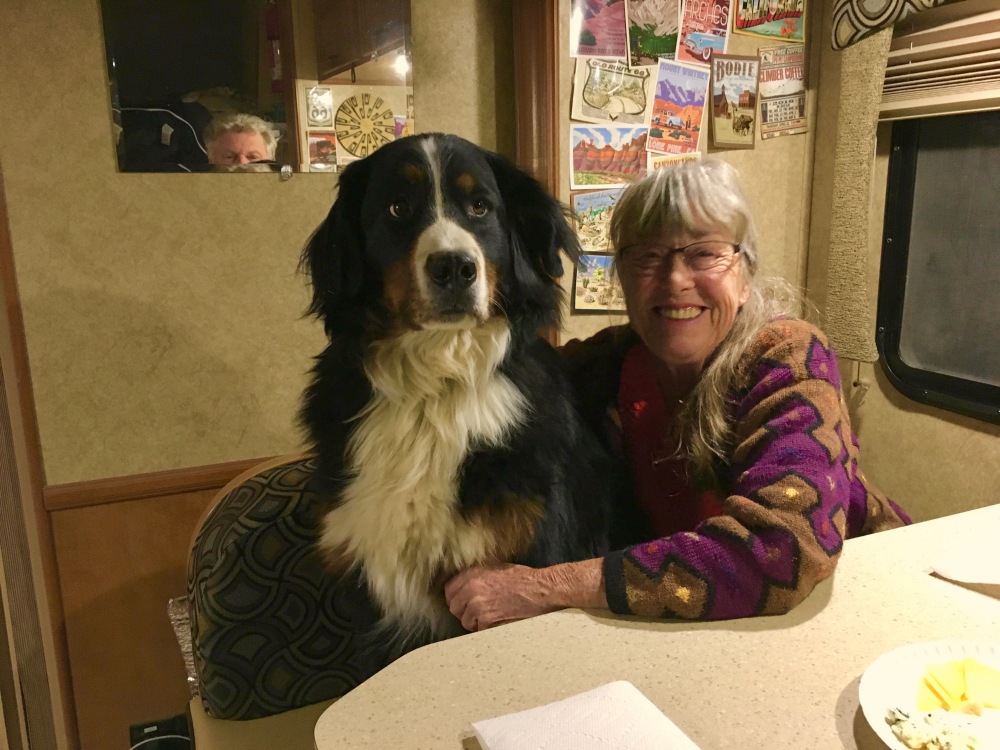 LuLu And Beverly Relax In Camp

For those of you that enjoy exploring slot canyons, the Mecca Hills are a must see.  There are hundreds of canyons to get lost in where one can lose the sense of direction in no time at all.

If you thrive on serendipity and new discovery this place will not disappoint you.

A word to the wise if there is a chance of rain reconsider hiking in the very narrow mazes.  Heavy rain up canyon can produce flash floods down stream without warning.

But with that said I would love to photograph a flash flood in a slot canyon and witness nature at its best…. maybe one of these days!

With this winters current weather patterns for California it is very important to monitor the forecast while visiting theses mountains.

Speaking of rain and the current long range western states forecast, we have decided to head east until we leave this weather pattern behind.

12 thoughts on “Lost In A Mecca Hills Maze”