We were on a mission. Our goal was to witness first hand the fabulous fall colors in the Upper Peninsula of Michigan and to visit Denise’s birthplace in the small town of Munising.

This excursion has been on our to do list for many years.

To reach Michigan before the fall colors disappeared we were forced to maintain a steady pace down the Alaska Hwy and across central Canada, this turned out to be an unusual effort for us.

What we hadn’t realized was that covering the 3500 miles between Fairbanks and Munising in a timely fashion would be such an endurance test especially crossing the endless prairies of central Canada.

Typically we travel at a leisurely pace exploring new places along the way and taking the road less traveled.

But with the our goal of beating the start of winter in Michigan we needed to press on, timing was critical or so we thought.

Several Michigan fall color websites indicated the color change was already under way. This news only increased our desire to get there sooner.

We rarely travel into the midwest so it was especially important to make the best use of our time.

As we departed Alaska the trees were already changing color and fall was well under way,  the colors were peaking in most of the state.

At this point we thought we would see fall colors for the entire length of our trip, little did we know unusually warm conditions had delayed fall in the midwest.

We decided to drive the Alaskan Highway this fall instead of taking the Cassiar. This allowed to see country we had not been through in a couple of years. This route also put us on a more easterly course to Dawson Creek. 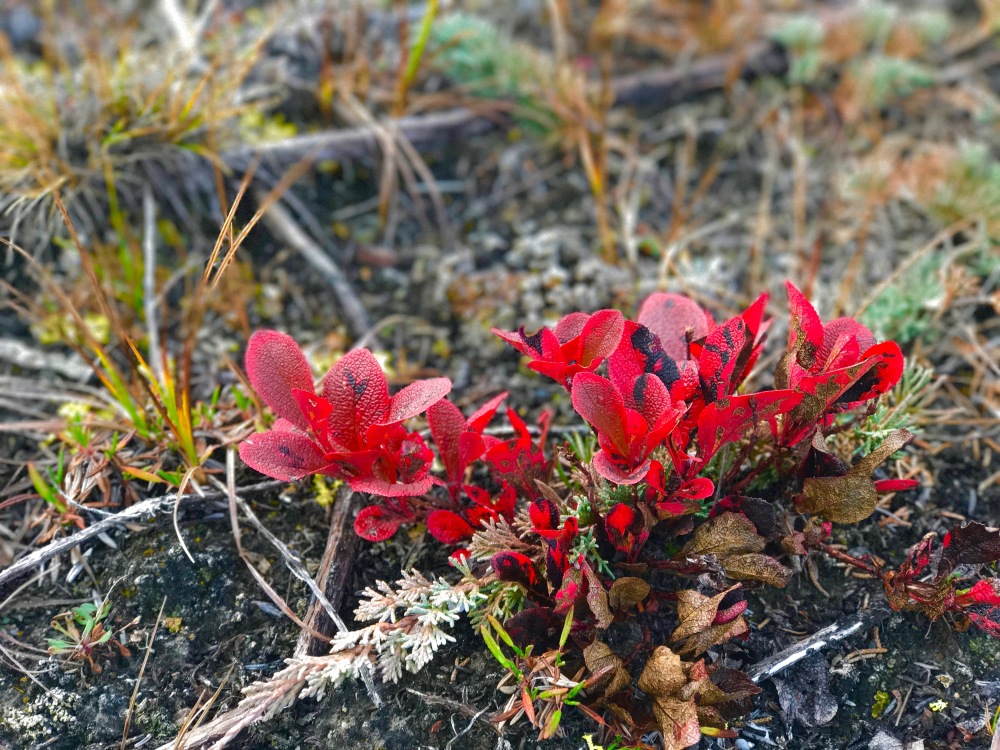 Once we reached the southern end of the Alcan at Dawson Creek we turned east and immediately noticed less color change and a more normal green landscape.

In the town of Grand Prairie we had a large rock from a passing dump truck make a direct hit in the center of the windshield on the passenger side spraying Denise and Tuks with glass chips. Thankfully no one was hurt.

The landscape east of Edmonton is so flat, the locals say if your dog runs away, it would be days before his wagging tail will disappear over the horizon.

With hours of windshield time on our hands we became armchair farmers. As we traversed the great prairie Denise would research the different crops we were seeing.

We had no idea canola was such a major and important crop.

There were many “Worlds Largest” attractions scattered across the prairies of central Canada, we enjoyed them all. They were an entertaining diversion from the flat landscape. 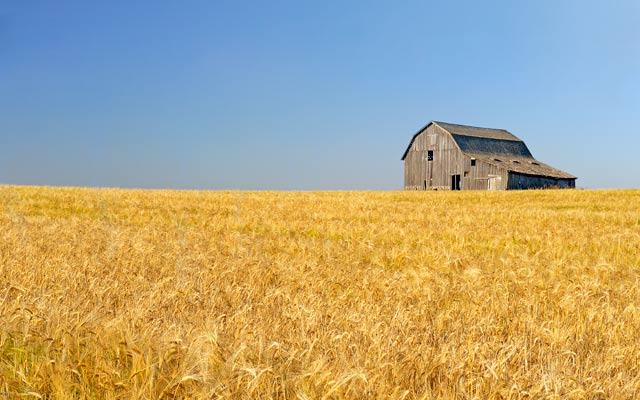 We watched strange looking harvesting machines as they slowly crisscrossed the landscape, often working late into the night.

The total agricultural land in Canada is reported to be 167 million acres and it felt like we drove through most of it.

The locals told us the average size farm in Canada has increased from almost 700 acres to 800 acres, WOW!

For 5 days we crossed the breadbasket of Canada and learned a lot.

Finally we entered the Lake of the Woods district in Ontario and the landscape changed dramatically.

We saw forests for the first time in days consisting of spruce, jack pine, birch and aspen growing amidst thousands of lakes interspersed with granite outcroppings. There was water everywhere.

The Lake of the Woods is over 70 miles long and 70 miles wide, and contains more than 14,552 islands and 65,000 miles of shoreline. What a fantastic water wonderland.

For those of us old enough to remember, the Lake of the Woods was the backdrop for some of the now famous 1950’s Hamm’s beer commercials with the bear paddling a canoe near a waterfall.

When I was a boy growing up in the southwest, I had no idea a beer commercial would fuel my early aspirations to spend my life outdoors. They enabled splendid daydreams about camping in just such a forest. 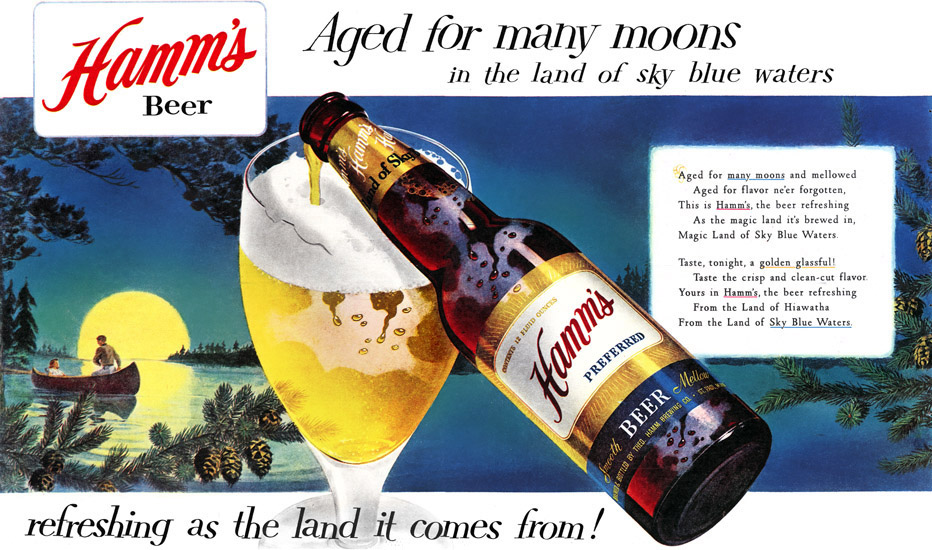 11 days after leaving Alaska we finally re-entered the USA at International Falls Minnesota located on the shores of Rainy Lake.

Having the reputation as one of the coldest places in the US we didn’t spend much time in town. 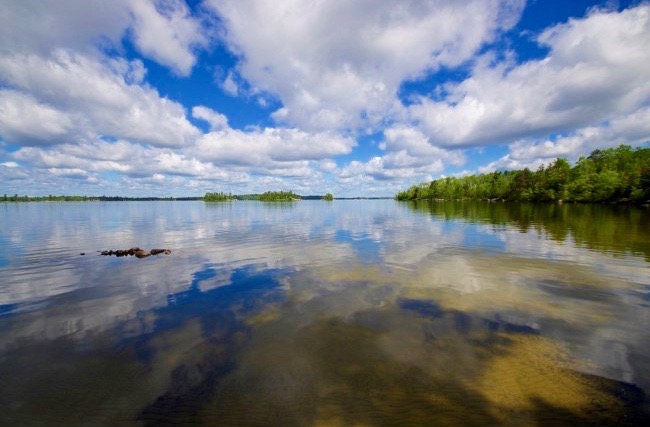 At 360 square miles Rainy Lake straddles the border between the US and Canada and on the southern shore sits Voyageurs National Park.

It was great to finally reach the midwest and with the warmer than usual temperatures it should allow us to slow down and enjoy Minnesota, Wisconsin and Michigan’s fall colors.

It had been a very long drive indeed but well worth the effort.

In our next post you will find us exploring the backroads of Michigan and the beautiful Upper Peninsula, stay tuned!